With multiple rain delays slowing the progress of wheat harvest, some areas of the state are reporting sooty molds and grain with a discoloration known as black point. Black point has been reported in fields throughout northwest Kansas and eastern Colorado. This is due to the repeated rainfall that some areas have received during this harvest season. Both of these problems are caused by molds that grow on the mature wheat.

These molds are normally not aggressive pathogens in wheat, but they can rapidly colonize mature plants. These diseases are most problematic when rain re-wets mature plants and causes harvest delays. The sooty molds are often a cosmetic problem because the mold growth is very superficial on the chaff and glumes. The sooty molds can make for a dusty harvest, however. If the timing of the rain coincides with the late stages of kernel development, the molds can begin to colonize the outer layers of the wheat kernel, resulting in a gray-black discoloration called black point. Commonly, the embryo end of the kernel is most discolored, but entire kernels can become gray or black as a result of the black point.

There is no management of these diseases at this time. The fungi that cause black point can cause problems with germination and reduce seedling vigor. Therefore, seed lots with symptoms of black point should be tested for germination. If black point is causing germination problems, fungicide seed treatments can often improve the germination and ensure good stand establishment. 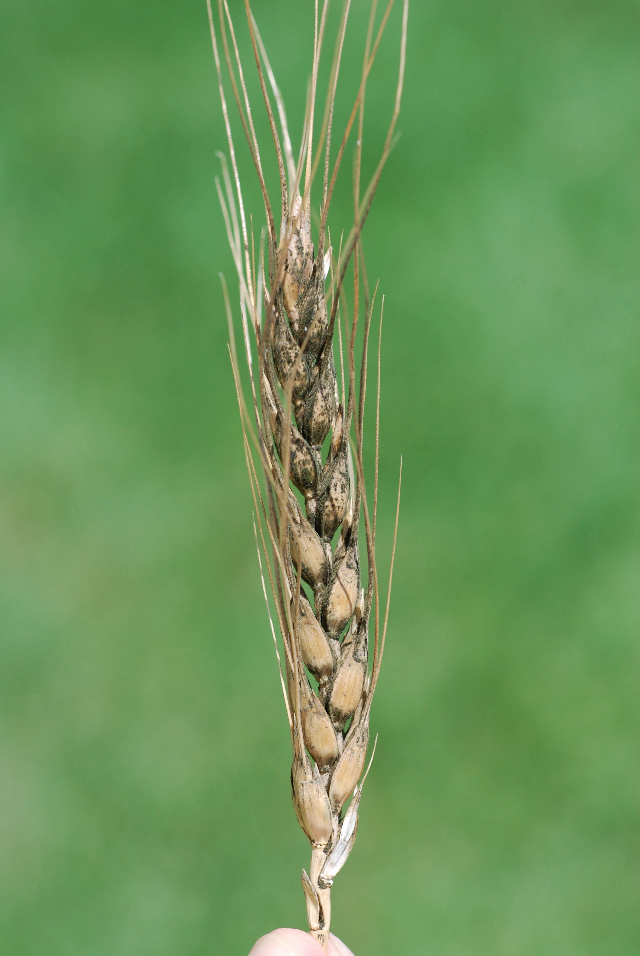 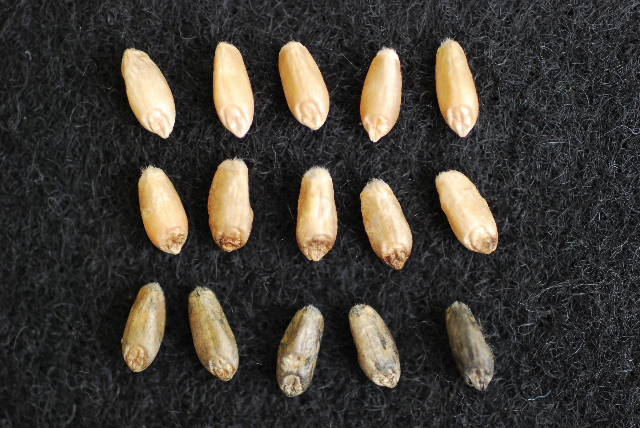 Sooty head molds are characterized by a dark green or black mold growth on the surface of mature wheat heads. These molds are part of a naturally occurring complex of organisms that help to decay dead plant debris. Sooty molds are most common when mature wheat is subjected to repeated rains and delayed harvest. This disease also may affect plants that have been damaged by root rot. 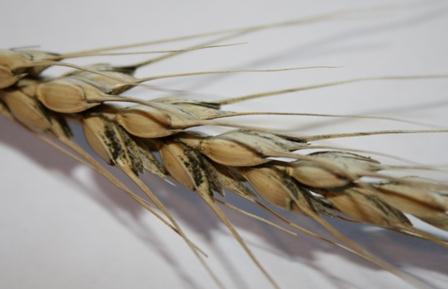 The sooty head mold growth is normally superficial. Its affect on grain is thought to be minor, but it can make for dusty harvest operations. Sooty molds can contribute to a discoloration of the grain called "black point."

Generally impractical or not needed.

This disease has been showing up in wheat fields throughout the area due to frequent rainfall events and high humidity. It is also more likely to show up in fields with damaged tissue, such as hail damage or damage from cold temperatures. Many times the dust from the combine is a darker, blacker color when harvesting wheat with this disease on the head.

Save it for seed?

Even though this disease is a secondary infection, I would look closely at this seed when deciding whether to save it for seed. There was likely other things going on earlier in the year that may have affected the seed quality, creating shriveled seed. Also, the frequent rainfall this harvest may have affected the test weight. These things would contribute to decreased emergence and seedling vigor.