This is how stripe rust looks, just prior to the pustules erupting from the leaf surface (lower leaf). There are lighter colored eliptical areas of the leaf surface. They follow the veins of the wheat leaf. 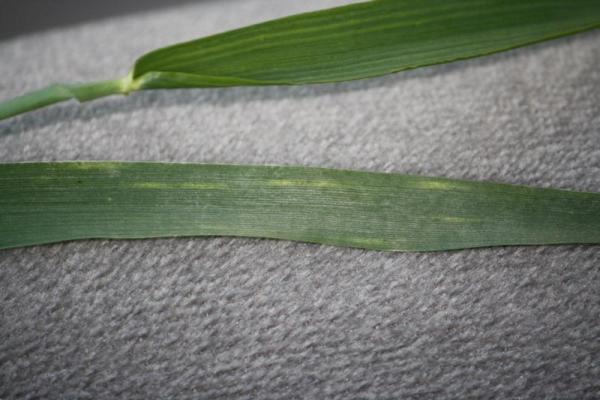 At this time, if fingers are ran over the leaf surface, they will not turn orange. This is because the pustules are not actively sporulating (releasing spores).

This is stripe rust, after pustules appear and spores erupt from the leaf surace. The spores are a light orange color and are in long eliptical shapes on the upper surface of the leaf. If your finger is ran over the surface, orange residue will appear on your skin. Bumps (from erupting spores) will also be visible on the leaf surface. To see these, fold leaf over your finger and look at it while running over the finger in the light. 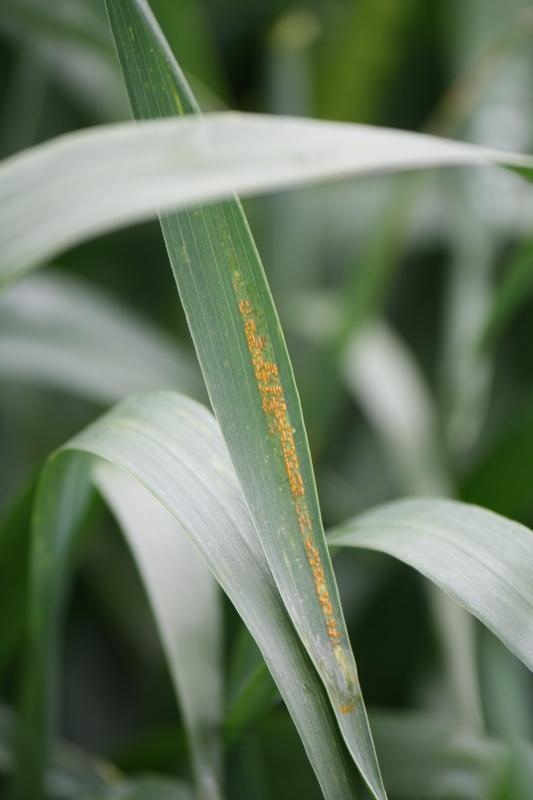 Treatment for this disease are fungicides. Click on the publication below to learn about fungicide treatments, rates, efficacy ratings and pre harvest intervals for treatments. 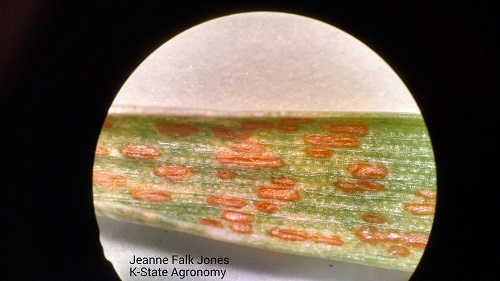 Are fungicides helping slow and stop the development of stripe rust?

Gary Cramer, Sedgwick County Agriculture Agent, reports that this has also happened in fields that were treated 7 to 10 days ago. In some situations, there were no symptoms of stripe rust on the flag leaves at the time of application; however, the signs of dead stripe rust lesions are now appearing on these leaves. This suggests that the fungus had already infected the flag leaves and was damaging cells inside the leaf when the fungicide was applied -- even though there were no sypmtoms on the surface of the leaves. The fungicide killed the fungus inside the leaves and it never had a chance to produce new spores. Interestingly, the leaf where the fungus was already feeding continued to die even after the fungicide was applied resulting in the tan lesions in the images below.

Yes, the fungicides are helping prevent the damage from stripe rust. In some cases, it looks like the fungicides were applied just in time to prevent further damage to the flag leaves and serious yield losses. 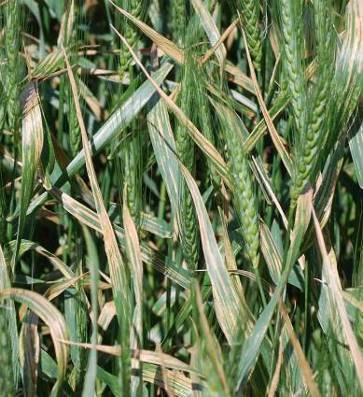 Lesions on leaves where the stripe rust fungus was killed by a fungicide application. Photo by Erick DeWolf, K-State Research and Extension.